Unless you work in HVAC (Heating, Ventilation, and Air Conditioning), you probably won’t need to know what R-454B refrigerant is, or why it’s a big deal.

But its introduction is major news in the industry, and it may wind up in your new air conditioner or heat pump sooner rather than later. 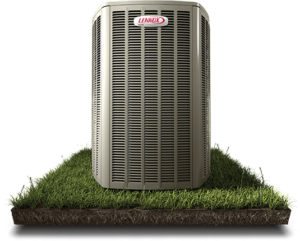 The good news is that you don’t have to know what type of refrigerant your system is using. That’s for an HVAC contractor to deal with. You do not have to replace any equipment. The unit you have, as long as it’s working, will serve you just fine.

R-454b will be the refrigerant for the next 15 years and replaces the current r410a, but even though its use will not be mandated until 2023, AC and heat pump units will start to change from 2022. In California for example, the sale of 14 SEER units will no longer be permitted come 12/31/22. This means that popular units to the Bay Area like the Merit ML14XC1 or ML14XP1, will be replaced by the more expensive 15+ SEER and up units.

Additionally, come 2025 the now standard r410a refrigerant will be replaced by r454 or other comparable refrigerants.  Manufacturers are still deciding which “new” refrigerant their product will carry. This will no doubt add some complexity for installers and services technicians. Ultimately it will translate into higher install and repair costs for consumers.

Increased costs on equipment will likely be in the range of 15% – 25% for 2023 with the SEER increase. What happens as a result of the refrigerant change remains to be seen. The primary reason for the increase in costs will be the result of the newer refrigerant requiring additional tools, training, and safety equipment.  Aside from being more environmentally friendly, one of the primary differences between r410a and r454 is that r454 is flammable.

For those with a current working system there’s really nothing you need to do at this time, just keep your system tuned. The only impact you’ll see is higher repair costs at r410a is slowly eliminated from supply. For those sitting on the fence as to when to buy or replace their current AC unit, probably better to do it now rather than later. Just my two cents.

Get a Free Quote
Quick Links